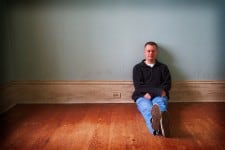 While I’ve played around with meditation before, I never really held myself to its committed practice. I’d get excited about it for a few days, cozying up with Meditation Oasis podcasts after dinner, but then I’d drop the habit out of boredom or inattention. Or both.

But for the past ten days, I’ve been using a meditation app called Headspace to get me meditating more habitually. I can’t even remember where I’d first read about it — probably some Reddit thread, which is where I usually find enjoyable things and then forget the source — but I’m now hooked on creator (and former Buddhist monk!) Andy Puddicombe’s creative approach to easily-digestible ten-minute meditations.

That’s why I love them — even though they’re only ten minutes long, and according to his TED talk, that’s plenty of time to spur considerable changes in the brain:

So, with continued meditation practice, I hope to accomplish three main things (which Puddicombe says are, indeed, possible):

I’ll elaborate on that last point: not long ago, I went to a local park and sat down on a bench. And that’s all I did — I sat. No phone, no book, no coffee cup in my hand.

Sure, that’s not really headline-worthy stuff, but I felt uncomfortable — like passersby were judging me. Why is she there? Why’s she just sitting? She must be up to something.

For some reason, I felt like the act of sitting and doing nothing might be interpreted as cause for concern. Why do I think this, you might ask? Well, maybe it’s a holdover from my teenage years and all those “No Loitering” rules my friends and I broke (and often got in trouble for). But as an adult, I need to remind myself that it’s perfectly fine to sit for the sake of sitting — and to do nothing for the sake of doing nothing.

The “Take Ten” meditations on the Headspace app (free on the iTunes store) are bite-sized stepping stones that (I hope) will lead me — and perhaps you? — toward these goals.

(By the way, given that I’m doing a lot of Headspace gushing right now, I should tell you that they are not paying me for this blog post. Some bloggers do things like that — they get a few bucks or a free product or service in exchange for some favorable words. I don’t do that sort of thing. I truly love this app and its meditations!)